Skip to content
Facebook Twitter Linkedin Youtube Email
The Ohio Supreme Court chose Medina County’s Adult Drug Court program as one of only three Drug Courts in the state to be included in a documentary that was produced and distributed to recognize the important and life-saving role of Ohio’s Drug Courts.

The Medina County Alcohol, Drug Addiction & Mental Health Board would like to cordially invite you to attend a showing of this documentary that was produced and distributed by the Ohio Supreme Court. 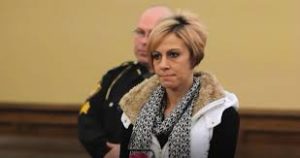 The showing will take place on August 27th at Medina City School’s Performing Arts Center, located at 851 Weymouth Road, Medina. Please join us for light refreshments at 5:30 p.m. complimentary of Sérénité Restaurant. The documentary will be shown from 6:00 to 7:00 p.m., followed by a panel discussion held by Medina County Adult Drug Court and other professionals, including Chief Justice Maureen O’Connor, that will allow audience members to ask questions.
We congratulate the Drug Court program, and sincerely hope you will be able to join us in celebrating this honor for Medina County!
Posted in Community News and Events